Lots of aspects in video games, like narrative, still offer untapped potential. At Konspiracy Games, we believe the inherent character of games as a medium that fosters interactive narratives -- not telling pre-scripted stories, but creating them through gameplay -- is one of those promising qualities.

Blossom & Decay is a browser-based, sandbox MMO ARPG that is set at the edge of a dying realm. It brings action combat together with crafting and survival mechanics, in an open world where players are able to develop their unique story experience. 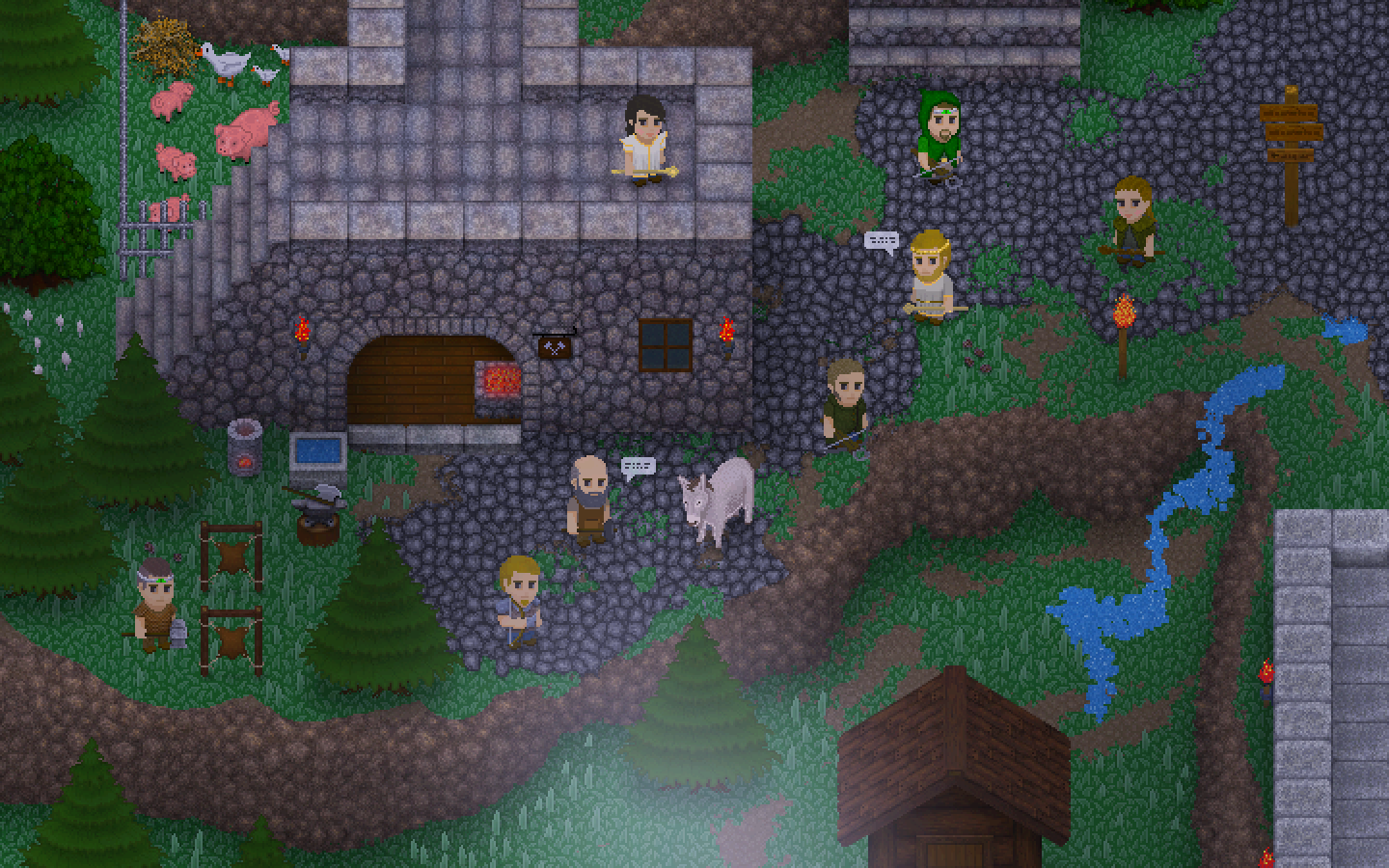 The openness of Blossom & Decay's world fosters narrative by motivating players to act. The terrain is empty, without buildings at the beginning. All structures and cities that fill the world get created by players. Every building has a distinct player-related history.

Players have to defend and conquer the land. Enemies are weak and resources sparse near the coast, where players arrive as settlers. As they move toward the realms of darkness, players face a constant stream of enemies and high-quality resources are abundant. Players must fight to slow or even stop enemies, figuring out ways to defend their lands.

Instead of leveling, combat prowess is defined by the players ' experience, as well as timing and handling of their special skills. The power-curve between items is flat, so a group of skilled players can always defeat even the best equipped solo player. Progress in Blossom & Decay is based on learning and social interaction rather than grinding and time-invest.

We made Blossom & Decay a fully-fledged sandbox simulation where players fight to defend their cities, develop secured territories and replenish resources. This will require farming and crafting as in titles like Minecraft, with an added support layer of asynchronous play which we 'll describe a little further.

We dropped the concept of NPC traders all together, so the economy is fully player-driven. All goods are crafted, transported and sold by players. Similarly, quests are contracts between players, instead of repetitive NPC tasks. Players rely on collaboration for safety and efficiency. As others try to raid their possessions, group work becomes essential. Justice is defined and enforced by player-clans to keep people from wrongdoing, setting things like bounties on players who robbed them.

The game mechanics require cooperation and open the door to competition and player conflicts. This allows for treason, espionage, feuds and alliances like in EVE online. A player can exploit market changes to make money trading. Another player might decide to rob them on their travels. Others may then be contracted by the trader to bring that thief to justice. 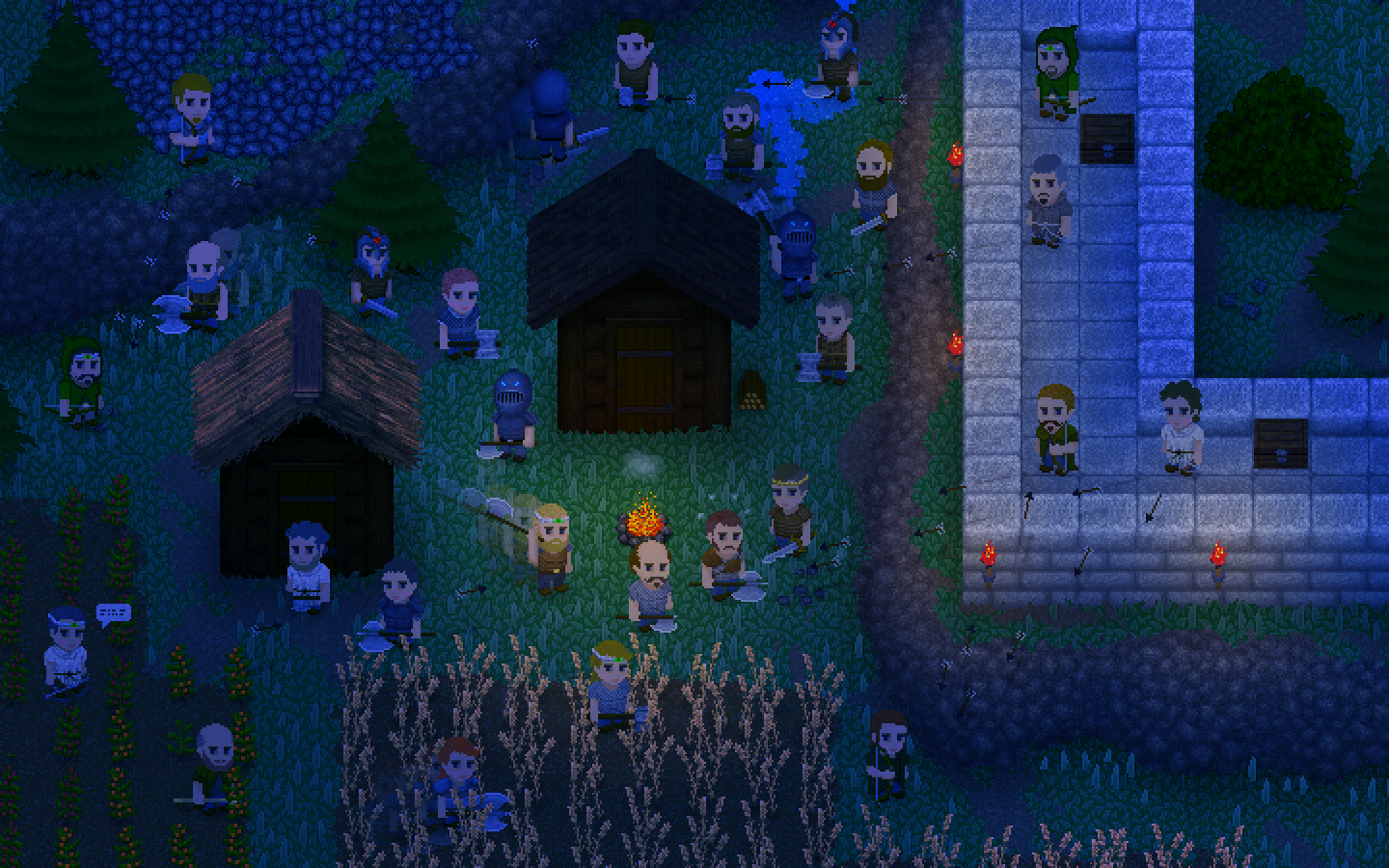 We wanted players to play at their own pace without falling behind those able to make huge time-investments. Focus has been put into mechanics that benefit different playstyles, balance between factions, and reduction of required playtime. And as we mentioned earlier, player avatars can enter asynchronous play.

Apply as a tester Join the next phase of the sandbox demo,
currently working on it (not open yet). Currently you can play on your PC
Vote for Blossom & Decay xx is featuring the game
Vote to support us!

Initially, we published a rudimentary, combat demo to get a taste of fighting in the game, and we are currently testing a closed sandbox demo that introduces more complex mechanics like crafting, offline AI, procedural map generation, and others.

Check out our hypothetical player stories in our sandbox world, Part 1 - A new home. Thanks for joining us in this idea, one we hope will add a bit to the full potential of these beautiful interactive environments.